The 16th century Villa of the Angarano-Morosini Counts is located on the bank of the Brenta, near the Ponte Nuovo. The Jesuit Superior Fathers of the religious province bought it in 1921 with the intention of building a new novitiate house there. But due to building restrictions they adapted it to a house of spiritual exercises. On Terra in Cielo you can buy the products of the Jesuit Fathers Villa San Giuseppe online, such as the Amaro San Giuseppe.
White wines
Red wines
Rose wines
Trappist and Opatija Beers
Dessert wines
Liquors
Grappa 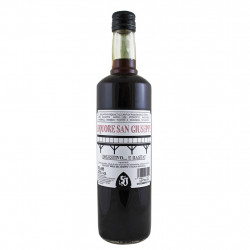