The Gocce Imperiali, the liquor of the Cistercian monks

The Gocce Imperiali (or Tintura Imperiale as the aniseed-based liqueur produced in the Abbey of Casamari is called), diluted in water, are an excellent thirst-quenching drink with digestive functions.

The Gocce Imperiali are a well-known aniseed-based digestive liqueur, unique in its kind because of its high alcohol content (as much as 90 degrees) which combines the strongly spicy taste of aniseed with the phytotherapeutic properties of the anethole it contains.

The liquor of the Abbeys

The Gocce Imperiali (or Tintura Imperiale as the aniseed-based liqueur produced in the Abbey of Casamari is called), diluted in water, are an excellent thirst-quenching drink with digestive functions. With its unmistakable taste tending to sweet with a strongly aromatic aftertaste, it differs from other aniseed-based liqueurs, equally famous, for being less 'syrupy' and sugary, being drier.

The natural light yellow colour is given by a small amount of saffron which makes this liqueur, otherwise colourless, an artisan product subject to small variations in colour depending on the production batch. This data is a guarantee of a 100% natural product prepared according to the ancient recipe of the monk Fra' Eutimio Zannuccoli, a Cistercian monk from the Abbey of Casamari.

The Gocce Imperiali have the particularity of being a liqueur of the monasteries that is distilled only in the historical liquor factories of the Abbey of Casamari, the Abbey of Piona and the Abbey of Chiaravalle della Colomba.

How are the Gocce Imperiali used?

Cistercian monks recommend using the Gocce Imperiali always diluted, because the high alcohol content could be harmful to the mucous membranes of the mouth and stomach, and cause injury, irritation and redness.

To enjoy its aroma you can make coffee, tea and milk even more pleasant and tonic. All you have to do is drop a few drops of this very special elixir into the hot drink and sorbate it to experience a sense of well-being and satisfaction.

A correct use of this herbal distillate will in fact also bring benefits because it is excellent in case of digestive difficulties and on many other occasions.

The Gocce Imperiali perform their digestive function even if taken with a teaspoon of sugar or a lump.

Anise, known and used since ancient times by Greeks, Egyptians and Romans, was used to give taste to food and for the preparation of small digestive sweets; in fact, it contains an enormous amount of anethole, an organic phytotherapeutic compound, also present in fennel seeds and dill, to which it gives its name, which naturally performs digestive functions and is one of the ingredients of phytotherapeutic medicines against cough. Dill, for example, is used as a carminative, i.e. as a remedy to eliminate the very annoying air accumulated in the stomach and intestine during digestion, and soothes the pain (colic) resulting from it. It reduces flatulence, nausea and vomiting.

Very often when you have digestion difficulties you wonder what to take to digest and, if you do not want to use chemical preparations or synthetic fruits, the Gocce Imperiali are a digestive liqueur that becomes a natural remedy prepared exclusively with herbal ingredients.

As a consequence of an abundant meal, in fact, it will be sufficient to dilute a few drops of liqueur in a little water to relieve discomfort.

In case of toothache it is possible to massage the sore area with a wad of cotton wool soaked in a few drops and rinse them by diluting them in a little water.

They are also an excellent remedy against motion sickness because they combat nausea. In this case it will be enough to inhale the aroma to see the annoying car sickness calmed down.

The Gocce Imperiali are also an excellent ally to prevent and treat many ailments of the season: starting from the cold, so just open the bottle and inhale deeply the strong and pungent aroma to free the respiratory tract, up to those related to inflammation of the oral cavity, so it will be useful to dilute the drops in a little 'water to make rinses or gargles (without swallowing).

The Tintura Imperiale is without a shadow of a doubt an original gift idea, with the packaging designed and manufactured by us.

For more than two centuries the Gocce Imperiali have been famous and well-known so much that the great poet Gabriele D'Annunzio defines them as such:

"Essence between mistrà and absinthe with other medicinal juices, exquisite ... a few drops are enough to transmute a glass of water into a sort of opal paradise". 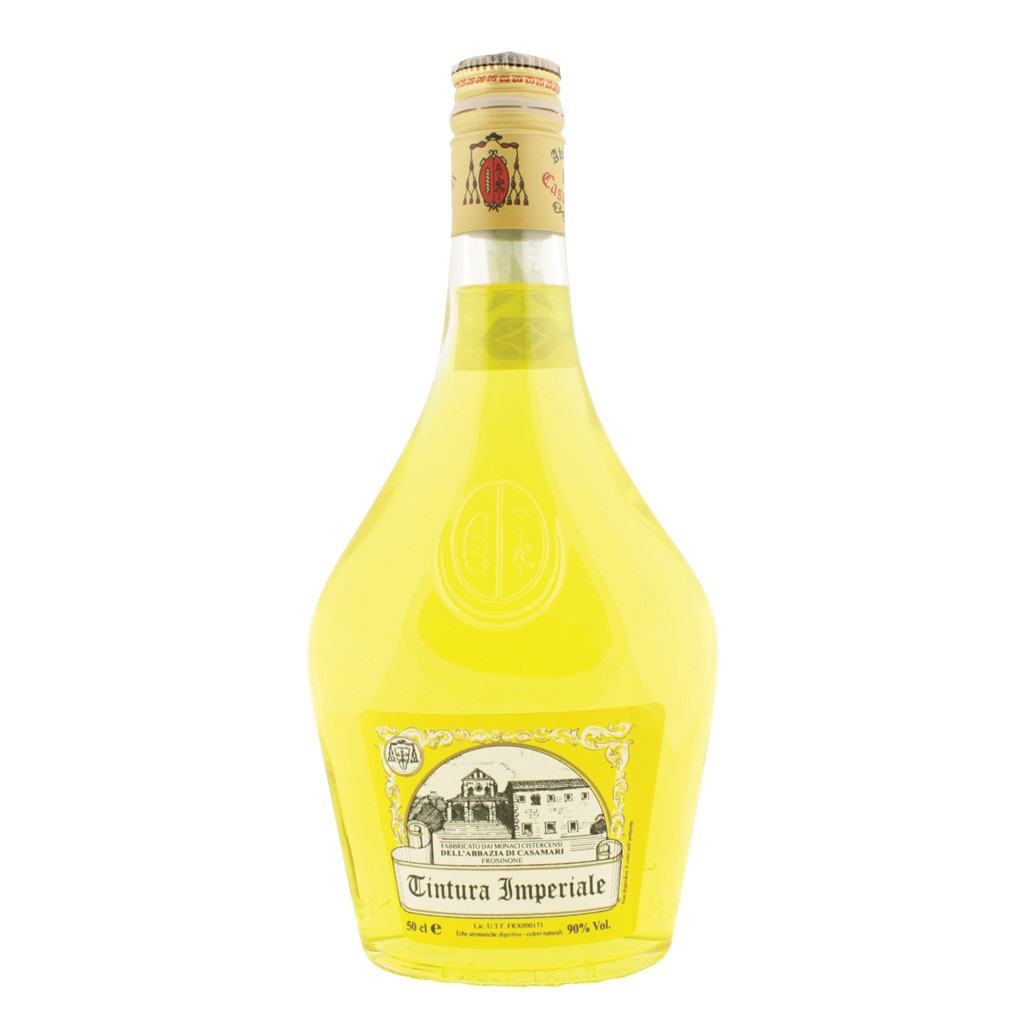 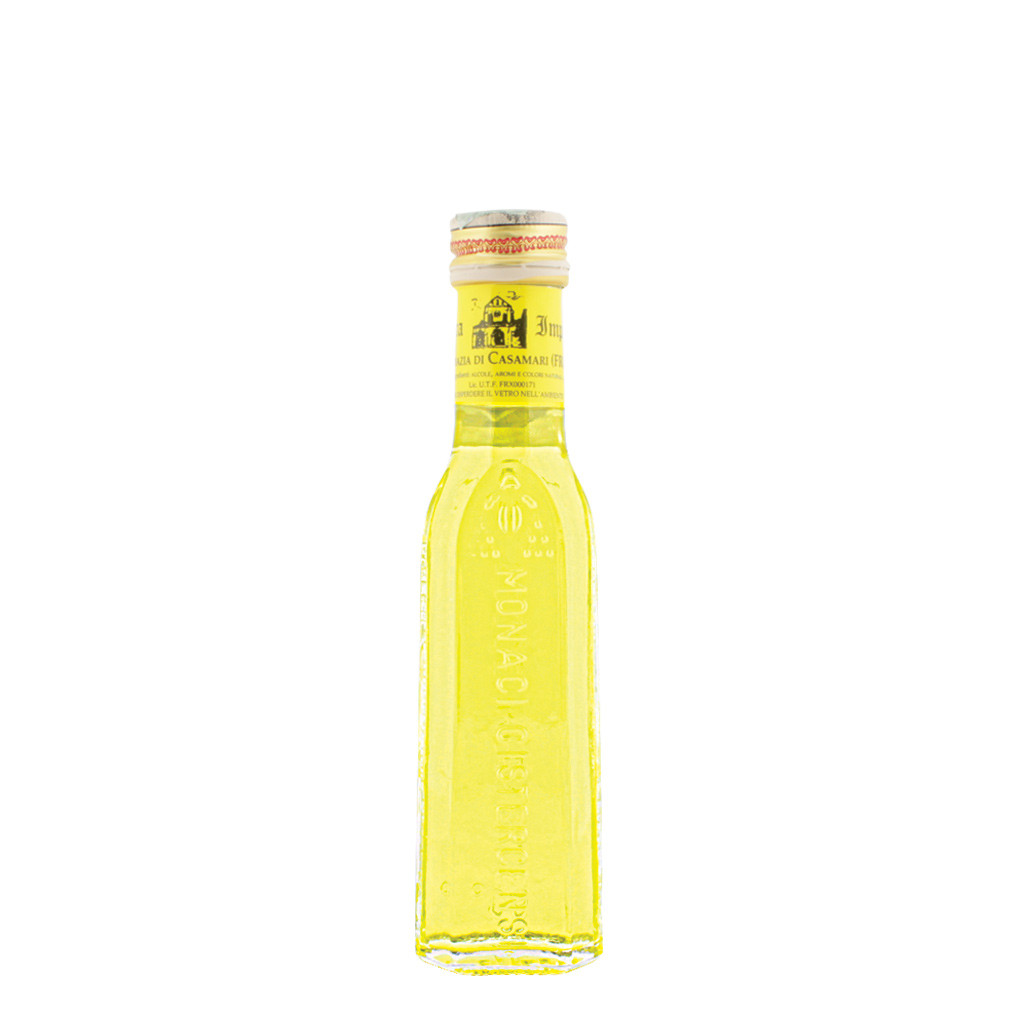 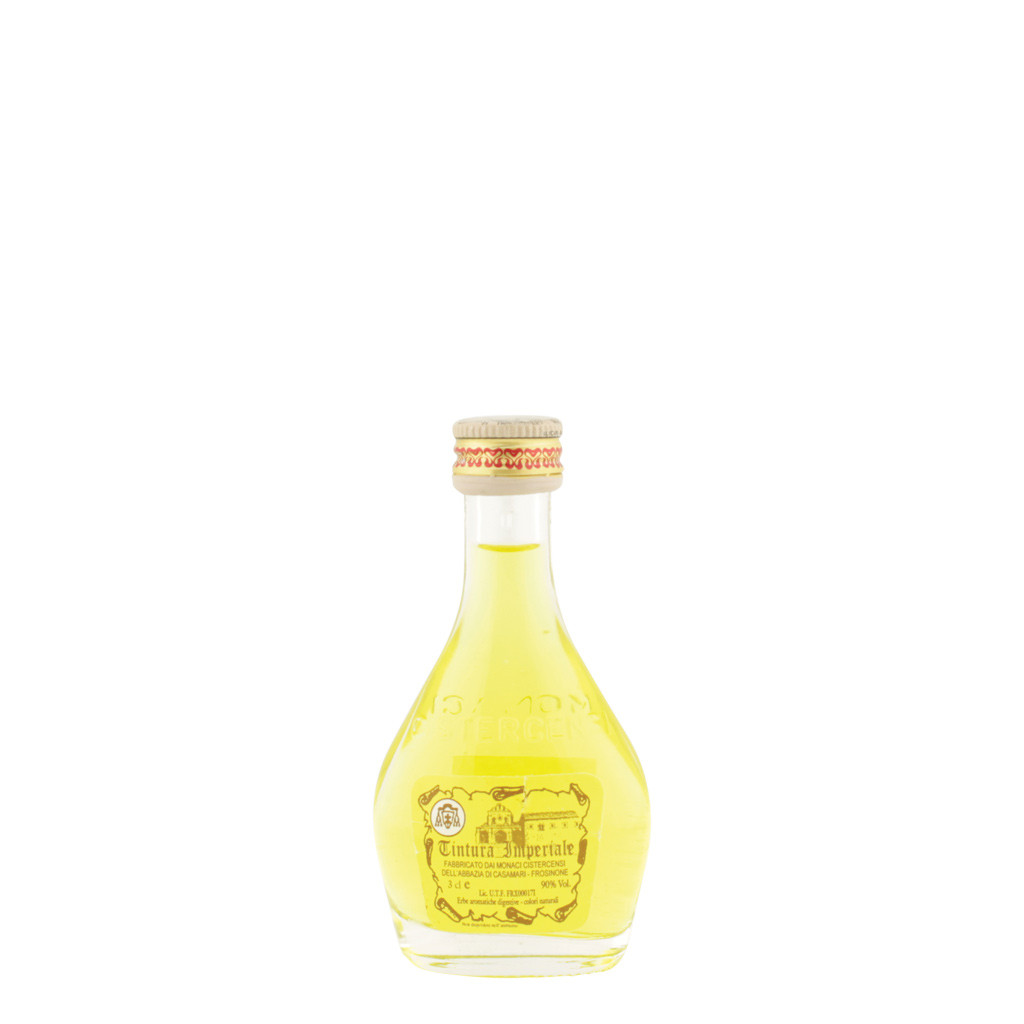 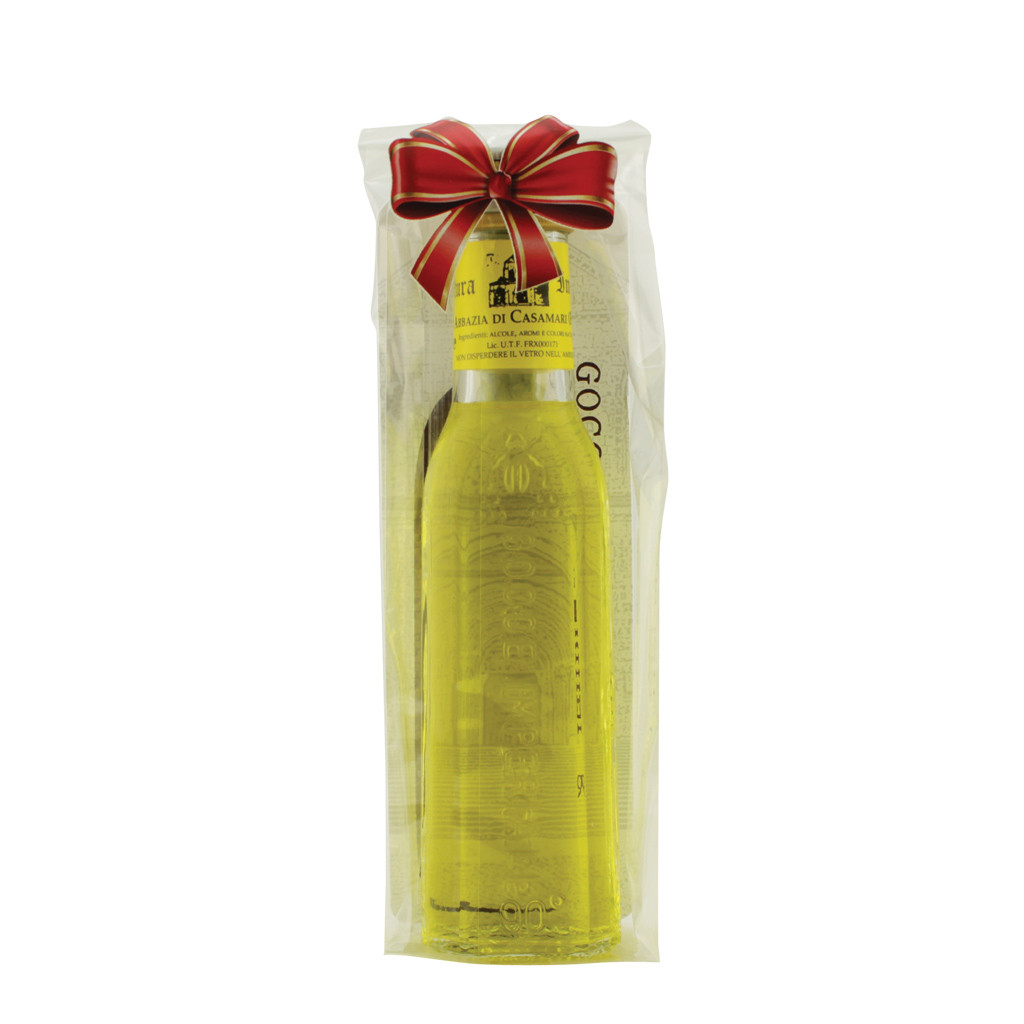 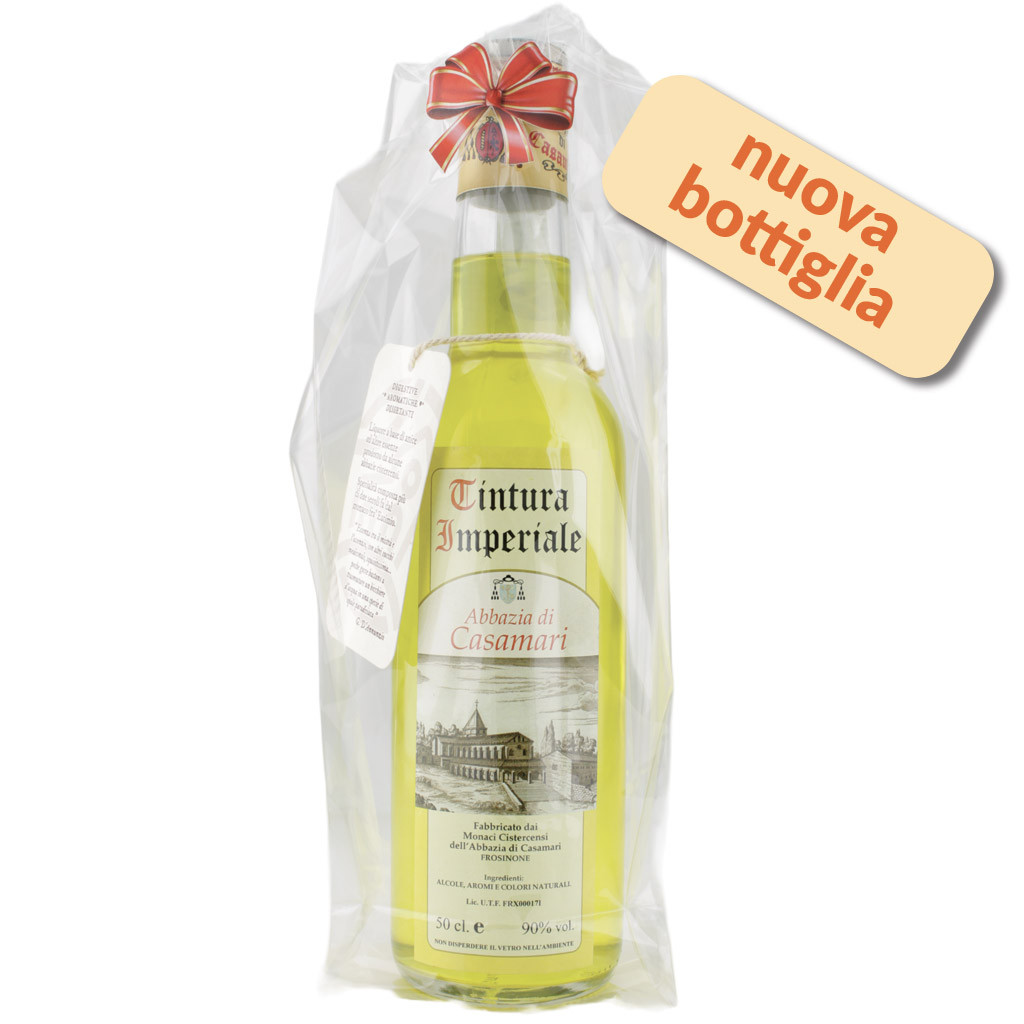 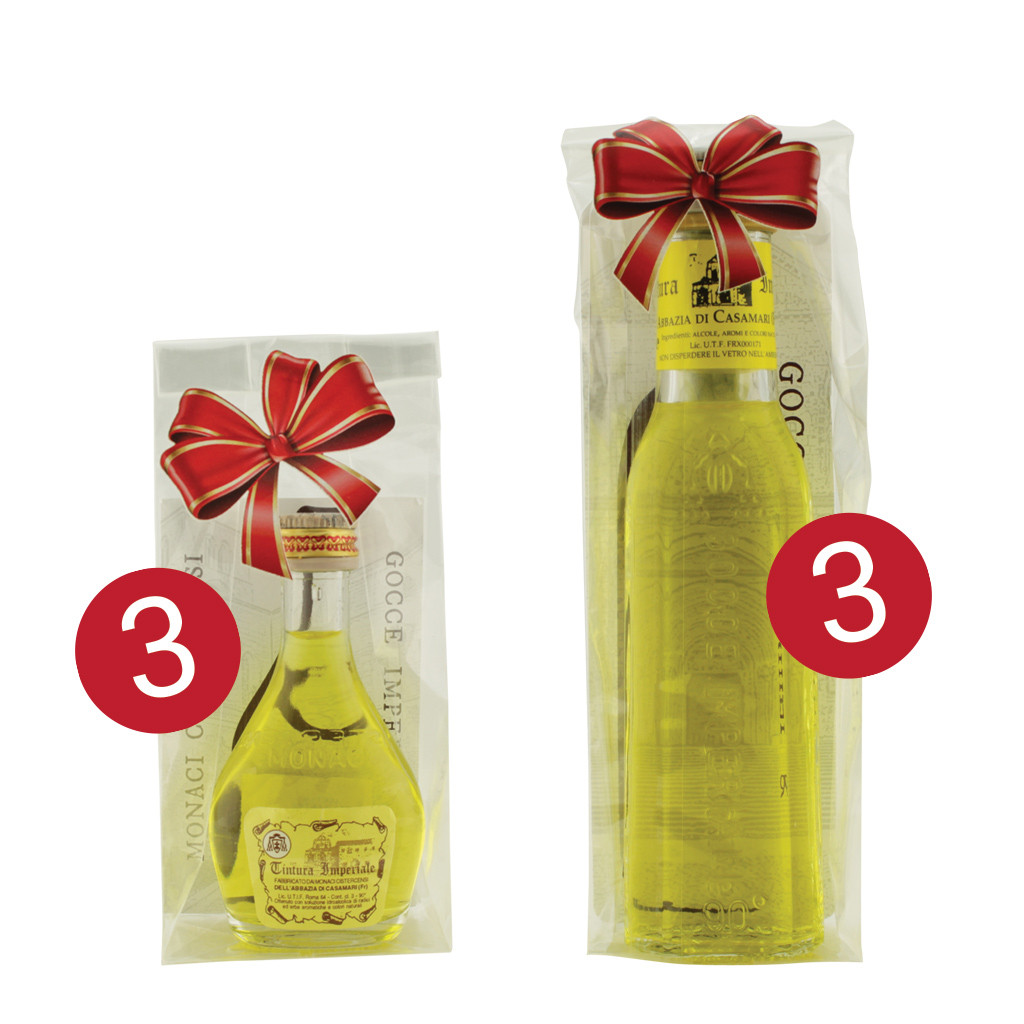 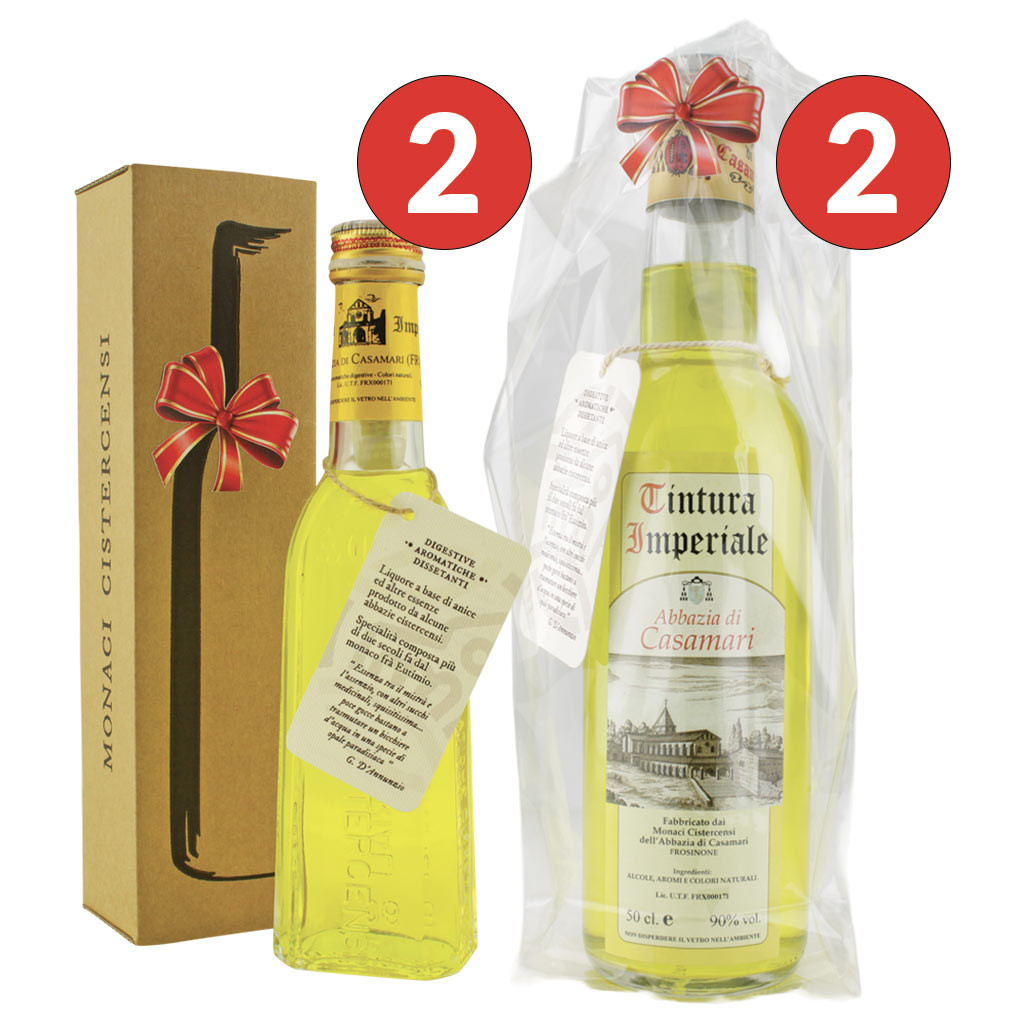